Since we have been so behind on the blog it seems appropriate to round up the 2014 season with an all inclusive update.

2014 started with a CA trip for Maris and Cooley Wick. They had ended 2013 with a win at Beginner Novice so she went with intentions of getting Novice miles so he could move up to Training. Back home Kelsey was preparing the clients and horses for the start of our Area VII season. The EI event at the Horse Park was a huge success, Kelsey and Helium Risin’ had their first event back and took the win in Open Training, Kelsey and Utopia’s River took 2nd in Open Novice. Clients had a blast as well with Lilli Thiel winning the Junior Training and Katherine Harder winning the Intro. Maddie Moery placed 2nd in Junior Novice, Lauren Garske placed 2nd Junior Beginner Novice, Jenna Farr placed 3rd Amateur Novice

Aspen followed with similar success. Kelsey took first on Luthien in Open Beginner Novice, 2nd on Helium Risin’ in Open Preliminary, and 3rd on Utopia’s River in Open Training. Natalie Thiel won the Junior Novice! Maris bumped Cooley Wick up to Training at Inavale Farms and he landed in 6th after a tough move up course.

At the Whidbey Island Event Lillian Thiel took 2nd in Junior training and many of our clients moved up to their next level. This took us straight into Next Phase Eventing Camp where 35 riders and horses had a great time incorporating the technical elements of the upper levels into their work at Beginning Novice-Prelim. Aspen Farms was an incredible host once again. 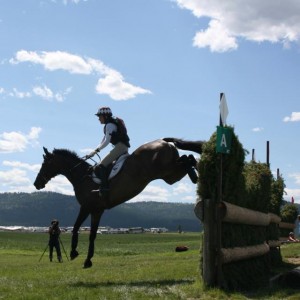 Straight after camp we left for Rebecca Farms where we had a week of riding against beautiful backdrops on picturesque course. We couldn’t feel more lucky to ride on those grounds. With the water and restaurants nearby it always feels like more of a vacation than just another event. Kelsey took 8th in Prelim on Helium Risin’, Maris took 9th on Cooley Wick in Open Training and Sarah Pazkill took 3rd in Novice.

August was a bit of a quiet month after the craziness of July but we picked back up at Aspen. We took 19 horses and riders to this event so it was some good juggling and help from Joely Hannan to get the job done. Brynn Hamel won the Open Prelim, Kelsey placed 1st on Dublin in the Open Novice and 2nd in Prelim on Helium Risin’, and Maris placed 3rd on Ciara and 7th on Cooley Wick. Lillian Thiel placed 2nd in Junior Training. 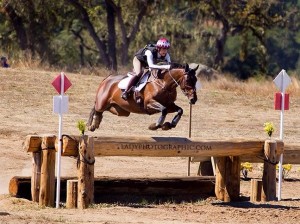 Overall, we are thrilled with the year and truly can’t wait for next season to begin. All of the horses, riders, and clients have made huge progress and we plan to attend some good clinics and schooling shows to keep the momentum going!